“The team members are to be commended for their continuing commitment to excellence, and they have brought great credit to themselves, their school, their communities and this Commonwealth,” Senator Ward said on the Senate floor. “We always root for the purple and gold. Go Marauders!”

The Lady Marauders earned the state title by defeating Jenkintown High School by a score of 62-47. The girls shot out to an early lead with an 18-2 run in the first period and leading 29-21 at the half. The Lady Marauders finished the season with a 17-4 record.

This was the first state title for the BG girls’ team since 2010. The team has seven state titles total. 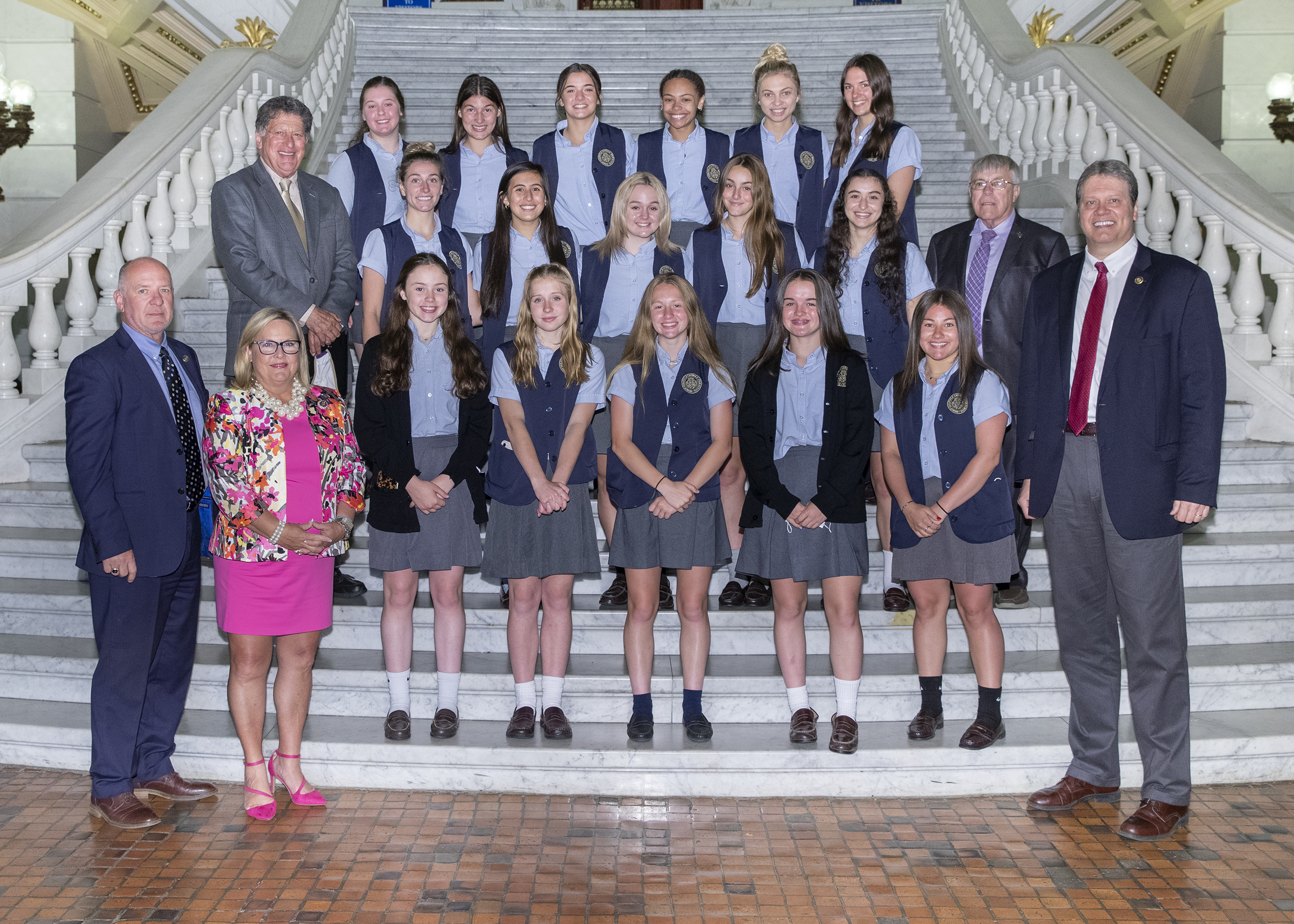 Senator Judy Ward and state Rep. Lou Schmitt joined the Bishop Guilfoyle Lady Marauders on the steps in the Pennsylvania Capitol rotunda. The girls’ basketball team brought home the gold as the 2020-21 PIAA 1A state champions.